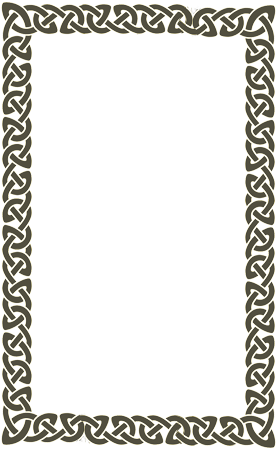 In 1997, seven Gentlemen, all with varied backgrounds, joined together to purchase a vacant eyesore property that formerly housed a Shell gas station. This was also the site of the mixed use Dover building constructed in the mid 1800's, subsequently submerged in the 1913 flood, and torn down in 1961. The Shell station was built in 1965. This historic, but dilapidated site would prove to soon tell the tale of an iconic Irish pub. On May 15, 1998, The Dublin Pub opened its doors with 29 employees. Like deer looking in headlights, the staff grew to 60 in two weeks. That day marked the beginning of a long and famous story. One that would include many laughs and joyous moments, as well as some very sad ones - this one is for you Jay Tieber!

A story that includes weddings, proposals, anniversaries, first dates, many children, probably a few divorces, and some memorials. The story headlines many famous moments including the night when Sheryl Crow (who we call Sheryl now - she loves the fish & chips) took the stage, or when Quentin Tarrantino came to town to see "How the West Was Won". Other famous people such as George Takei (Sulu from Star Trek), R. Lee Ermy (Sargent from Full metal Jacket), Ty Pennington (Extreme Makeover - came three nights in a row), and Ted Nugent even came in for lunch in 2014. The Violent Femmes, Blue Oyster Cult, Terri Nunn & Berlin, Bad Haggis, Gaelic Storm, The Prodigals, Enter The Haggis, Seven Nations, The Elders and local Irish favorites such as Homeland, Father Son & Friends, Dulahan, FinTan, Jameson's Folly, Johnny Tarr, The Tuesday Night All Stars, Viva La Strings, & Brother Bruce Live in Galway have all taken the stage at The Dublin Pub. In 2014 The Dublin Pub was recognized as one of the "Top 10 Irish Establishments in the US", by TomHoran.com, and in life span, has reigned as the largest St. Patrick's Day party in Ohio, based on consumption alone. THE HISTORIC CHURCH ADDITION In 2013, the two remaining partners, George Houser & Steve Tieber, accompanied by their wives Cas & Suzie, unveiled plans for a new addition which would add 2200 sq. ft. of interior and patio space.

The new addition would be unlike anything ever built in Dayton - an addition constructed from nearly all reclaimed historic material from up to 20 separate historic structures including The Huffman School, The Stockyards, a few houses built in the 1850's, and a downtown office building. With the help of James Kent and Jeff Wysong, a 108 year old church was salvaged from demolition, and stored for 1.5 years until the church could be rebuilt as the new addition. The very talented Mark Shannon ,who originally built The Dublin Pub, and is formidably the GREATEST CONTRACTOR EVER!!! teamed up with Steve Tieber, designers Mitch Perry & Mitch Powers, and the technical expertise of Architect Doug Fisher, a master plan was launched to construct a new addition composed or recycled and salvaged wood dating 150 years to 500 years old. The new addition has brought new life into the pub as well as new life into The Historic Oregon District & Downtown Dayton.​

CUSTOMER SERVICE is our #1 priority, and we promise to make your visit unsurpassed while you are enjoying our Irish Pub culture at The Dublin Pub. The “Irish Pub” enjoys a long history of tradition. Its success is attributed to the ”Craic” (Pronounced “Crack”), which is fundamentally a rare mix of music and conversation, good food and drink, with hospitality and humor. We at the Dublin Pub welcome all who enter, and in return offer the warmth and fellowship of Irish Culture. We are proud to offer distinguished Gastropub Irish fare, with a fusion of European & American influence. While enjoying the Craic, one becomes something more than a patron, one becomes a member of a community and a family where familiar faces will be present for generations. The Pub does not discriminate, young or old, male or female. In an Irish Pub, you are a guest on your first night and from then on, a regular. Our mission statement is to embody these characteristics of the Craic, and to you - our regulars - the promise of excellent customer service. Slainte!